It has been a while for our friends across the pond! LEC is back and so are we, here to cover and grade how teams did in LEC Week 4 and Rift Rivals. There is a lot to go over, so let’s get started. 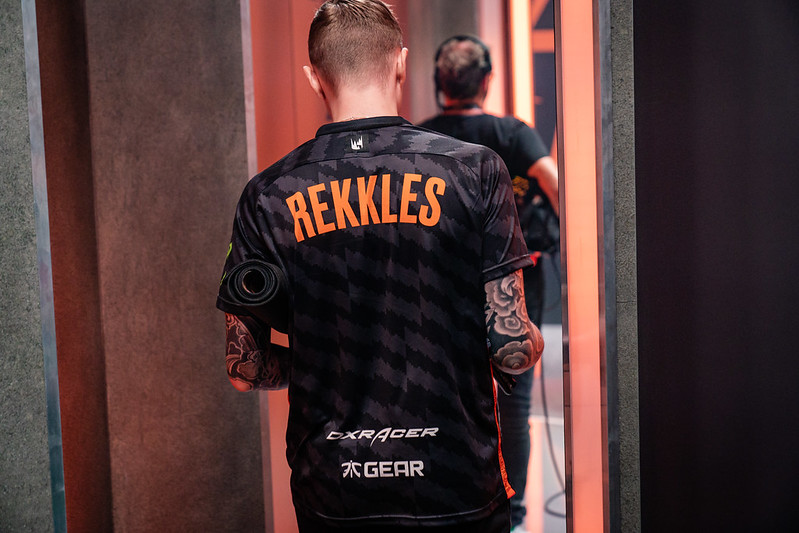 Fnatic were riding high after a dominant Rift Rivals showing, but LEC Week 4 was not that hot for the number one team. They looked moderately shaky against Vitality and managed to lose to Splyce. Fnatic looked lost against the vipers, who they normally dominate. Whether it is Splyce getting stronger or Fnatic being jet-lagged, 2015 Fnatic can pop the champagne (except Rekkles).

Rift Rivals got Fnatic some points, but Week 4 was a mess. Bwipo and Hylissang were especially off, combining for 15 deaths against Splyce. Week 5 might bode better, as both SK and Rogue sit at 3-5, making for easy opponents. If Fnatic struggle there, panic might ensue. 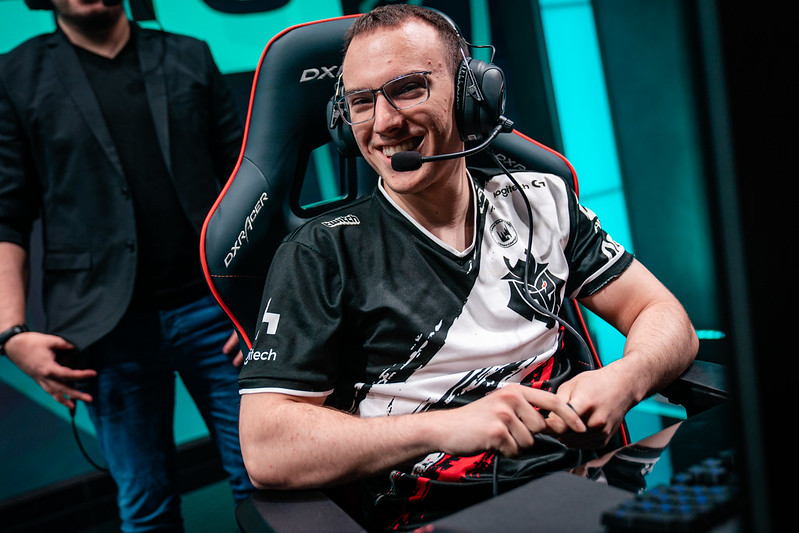 Perkz’s face is pretty representative of how G2 treated Rift Rivals and LEC Week 4: they had fun with it. G2 picked troll comps at Rift Rivals and still won games. They gave Misfits an ass-kicking the likes of 2017 finals. Then they beat Schalke with a Talon mid. With Fnatic faltering, Europe might once again belong to the samurai.

If they had tried at Rift Rivals and performed like that, the grade would be lower. However, G2 players publicly stated that they weren’t trying. A dominant Week 4 tells you all that you need to know about the kings of Europe. Week 5 has them against the weak Excel and the surging Splyce. 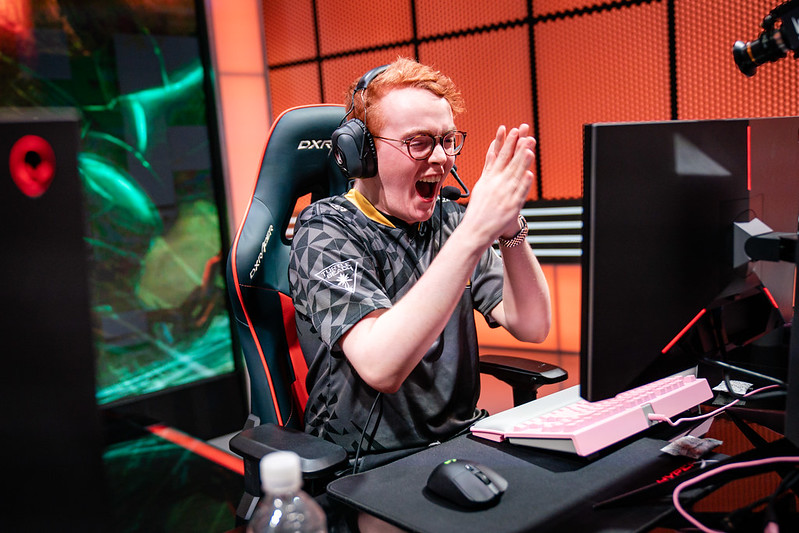 Splyce had a week for the record books. 21 towers, 10 dragons, 3 Barons, 2 Rift Heralds, and a partridge in a pear tree. They destroyed SK Gaming before toppling the mighty Fnatic in a 42-minute brawl. Xerxe posted a perfect KDA this week, going 2/0/23 in one of the best weeks for a jungler in European history. What a week.

That’s right, Splyce earn an S. They beat the number one team and looked good doing it. They are on the rise in Europe and have the talent to make a strong playoff push. Week 5 puts them face to face with Misfits Academy (more on that later) and the mighty G2. 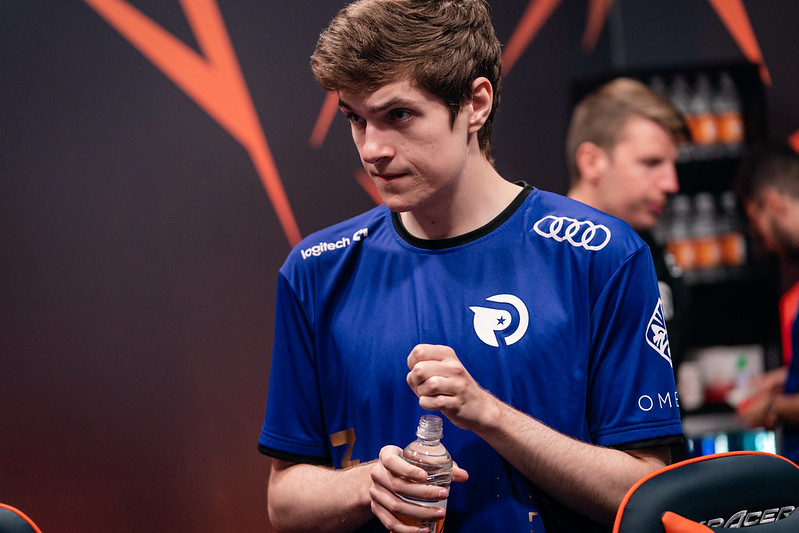 Facial expressions seem to be the theme today, and Alphari’s is telling. Origen had an okay Rift Rivals… but then Week 4 came. It was ugly, to say the least. Origen was losing to Excel for over twenty minutes before closing it out in a forty-minute war. Then they were roasted by Rogue in downright embarrassing fashion. These are two of the worst teams in the League. Origen placed second in Spring. Anyone else see the problem here?

When Fnatic almost lost to Excel, they had a victory over G2 to balance it out. Origen aren’t so fortunate. Patrik looked like crap at a keyboard the whole week, and Mithy wasn’t too far behind. Origen played like this against Excel and Rogue. If they repeat this against Vitality and SK, Worlds dreams might become nightmares. 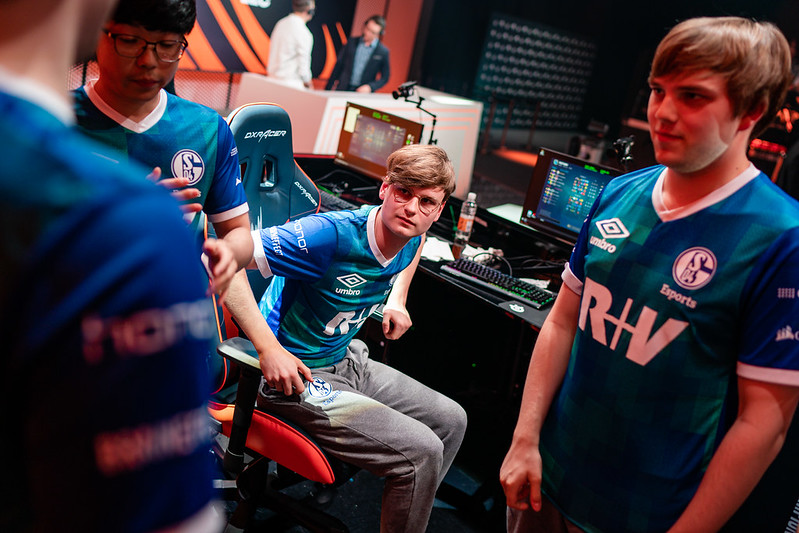 Even though Schalke are mediocrity given form, they at least look better than their football team. As expected, they beat Rogue and were crushed by G2. Trick and Odoamne are inconsistent while Upset tries to carry this team to relevancy. I can’t really say any more about this team.

There isn’t much to really cover about Schalke. They are expected to be middle of the pack, and they are. They look slightly better than Origen, but they’re nowhere near the top. Lucky for them, they face two lower-tier teams in Vitality and Excel in Week 5. 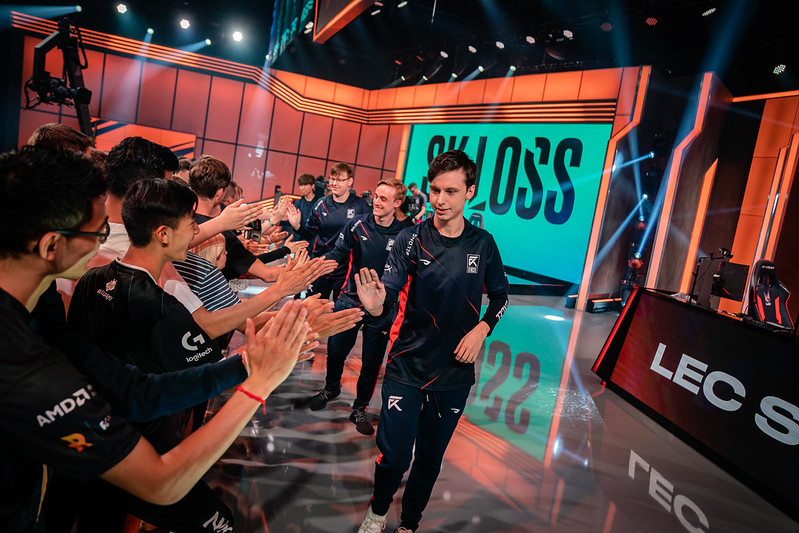 You may be wondering why a picture of Excel is used for the SK section. Look behind them. You are reading that right. SK lost to Excel. Mickey pulled the xPeke to beat SK. This also comes a day after Splyce ripped SK a new one, so Week 4 was pretty bad for SK. I can’t believe they actually lost to Excel.

There’s not fulfilling expectations, then there’s SK in Week 4. What looked like a playoff team at one point just laid a fat crap on the Rift. For being a premier jungler in the west, Selfmade in particular played terribly. It gets no easier in Week 5, as a pissed off Fnatic and Origen are ready to pick them apart. 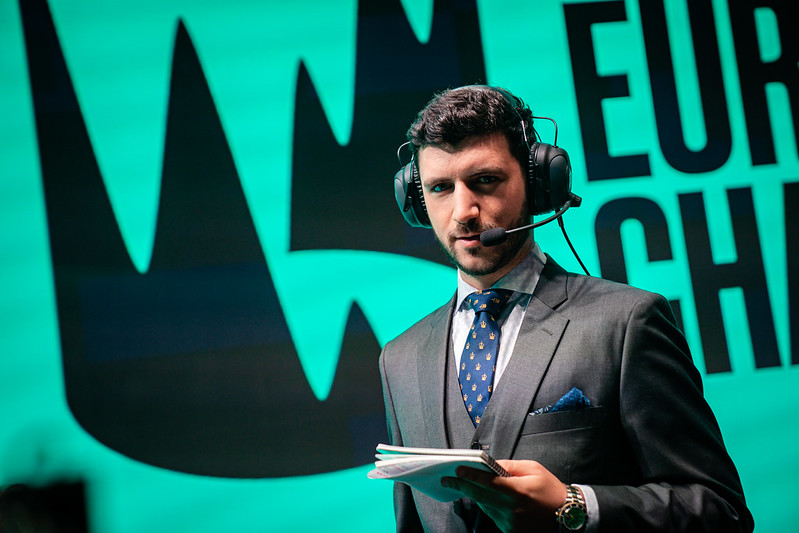 Vitality are still on the redemption path, and they don’t appear to be getting out anytime soon. They suffered a one-sided loss to Fnatic and beat Misfits with relative ease. The bees obviously aren’t back to playoff form, and still have a ways to go.

While they still have room to improve, they are at least showing signs of growth. They reverted to a truly Vitality way of drafting, and it worked. Given that they were the innovators of the carry meta that has persisted since Worlds, it is a good sign. They can establish a playoff push if they manage to beat out Origen and Schalke in Week 5. 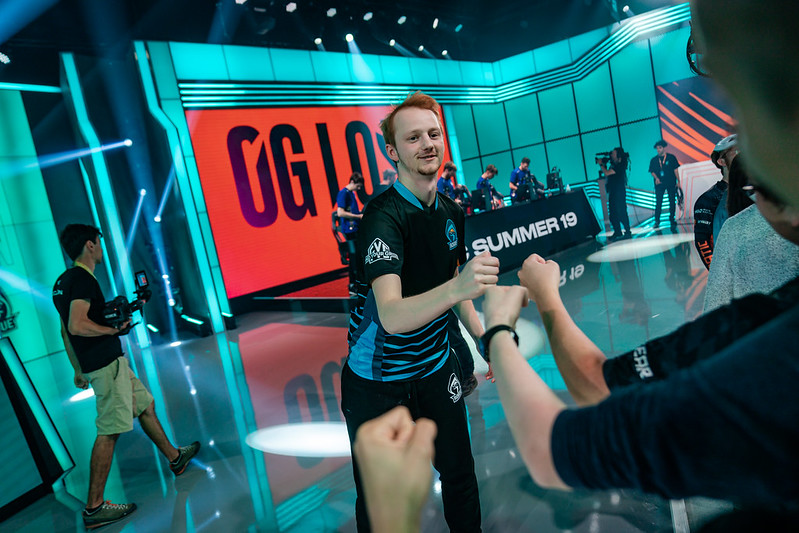 Rogue is the most unpredictable team in the LEC. One game they look like god killers, the next they lose to a mid tier team. A squash match against Origen before a convincing loss to Schalke is a perfect example. Larssen and Inspired are definitely pieces a team can be built around, but currently Rogue lack the supporting cast to think about playoffs.

Beating Origen in such a fashion is no small feat, but Rogue still have a long way to go. The terrifying Fnatic and Misfits Academy are their opponents in Week 5, so they might be able to pick up win number four. 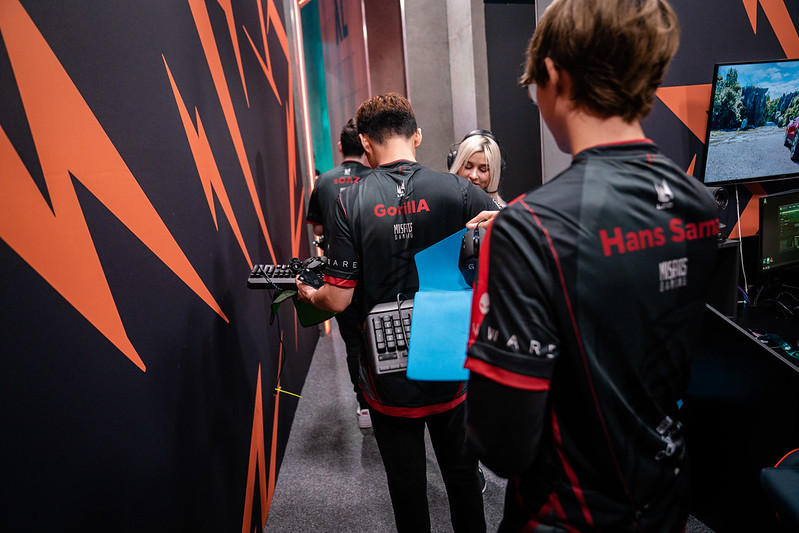 Misfits are trying desperately to win the award for “Worst Super Team Experiment” in a race with 100 Thieves. The team looks like a dumpster fire on the Rift, being humiliated by both G2 and Vitality. The team is so bad that there are reports of GorillA going back to Korea and the organization swapping the entire Academy roster in.

Yeah. It is this bad. Did they play worse than Excel in their G- week? No. But the off the Rift news makes this week even worse for the once-mighty Misfits. In the fourth split of franchised League of Legends across the World, a full Academy for main roster swap has only happened once before: Cloud9 after they secured a top-two playoff seed. At least that Academy team was the best in their league and had players that were arguably LCS starting caliber. This looks like a doomed week for Misfits against Splyce and Rogue. 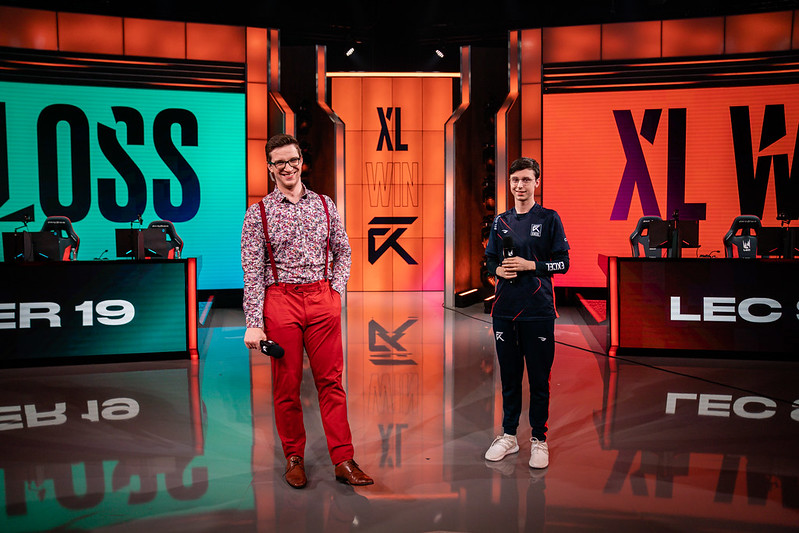 My god. It actually happened. Excel have won a game in the Summer Split. Mickey harnessed the spirit of xPeke in a game against SK, had a fire light in his eyes, and went for it. They tried to stop him, but they couldn’t. Those who forget history are doomed to repeat it, and SK forgot about the most famous backdoor in history, letting it happen again. Excel also lost a close match against Origen, so they are on the up.

I mean they won a game and gave the reigning Spring Split runner-up a scare. Shows signs of improvement to me. Expect and Caedrel are still arguably the worst top-jungle in the league, but the rest show promise. Will they make playoffs? F$%& no. But they can be respected now. Week 5 has G2 and Schalke, so they will need all the help they can get.

Tune back in to Daily Esports after Week 5 for more LEC developments and grades!

How they work in Teamfight Tactics